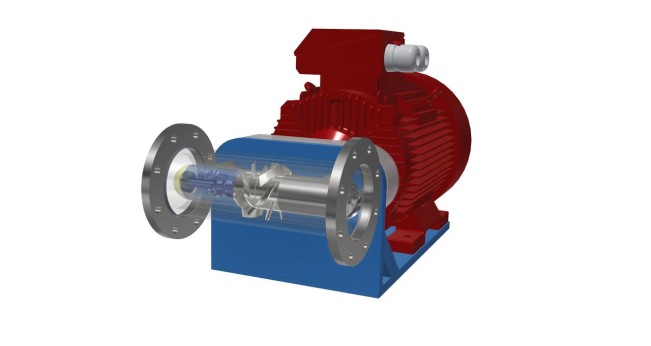 Water distribution networks around the globe are ignored by most of us – still we completely rely on their safe supply. Fresh water sources are threatened in many regions – in India, dependent on groundwater – nearly 55% of the wells have decreasing levels. It is predicet that 60% of their aquifers will be in critical condition before 2040! Its simply not enough water…

At the same time, the distribution networks are in a pretty pitiful state – they leak as sives! Some European countries have leakage rates of more than 70%. In a global perspective – one third of all waterworks have losses exceeding 40%. Several studies have concluded that reported leakage rates are often underreported – one should assume that realities are even worse.

In this mist, another fact arises – the water sector is one of the top global energy consumers. In the US, it consumes some 5% of all electricity generated. In the UK, this figure is “only” 3%… Irony or tragedy…..

Water distribution network assets are renewed at a frightfully slow paste – In Norway – at the rate of 0,7% per annum. That’s 7 meters of new pipe per kilometer per year! It will take some 145 years to come around the circle – thus, these networks will always be old! So, …. what other tools do we have in the box?

Data! …No, unfortunately not – data is practically speaking – not available. At least not to efficiently manage the proper operation of ageing water pipework. Sensor technology has come a long way, they are inexpensive and reliable but yet not widely in use in this sector. However, a number of suppliers are starting to introduce such products aimed at the water utility segment.

A little while back, we introduced the POGMO – a powerhouse for off-grid locations driven by Sea-Lix’ unique turbine technology – capable of powering a range of sensors and communicating data continuous – real time. This has been a bottleneck – as batteries are unfeasible, as is solar panels and windmills! Harvesting data will enable optimized pressure management of the networks. The potential of this is astonishing – a reduction of leakages ranging above 50% has been reported.

The next step for us has been to address practicalities concerning pressure management. Current state of the art relies on the use of Pressure Reduction Valves – PRV’s. These extract pressure, convert this to energy in the form of heat – which is lost as it disperses into the water. So, the performance of this is …100% ….loss. A parallel would be electrical cars without regenerative breaks. Thats not gonna happen – time to wake up!

The POPCO is a powerhouse and pressure control system. It extract energy represented by the surplus pressure required to be removed – dynamically, – dependent upon operational conditions in the network. Electricity generated may be consumed locally or sold on to the grid… or used to supply power to charging points for electric vehicles… 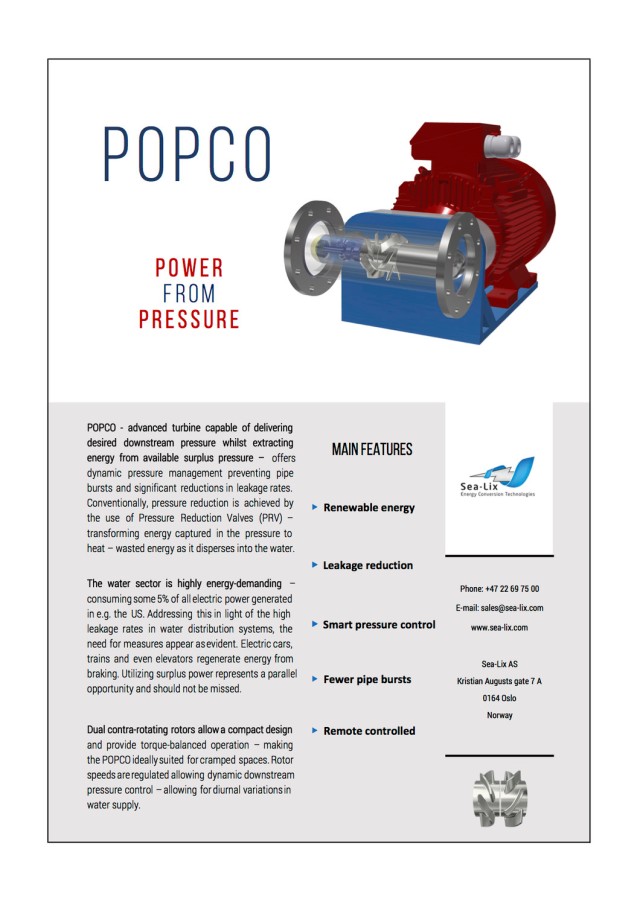